How to make Danish pastry at home? 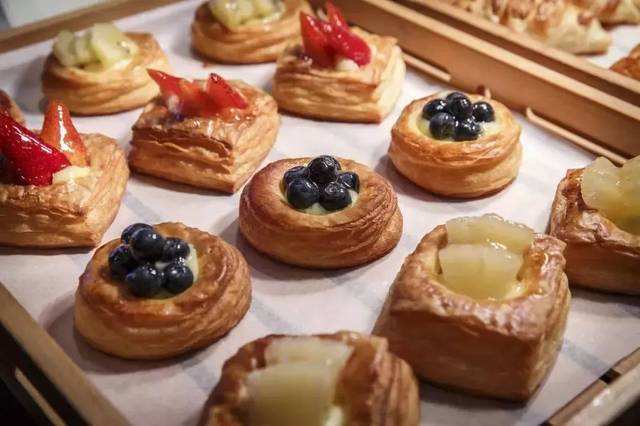 How to make Danish pastry at home?

First, let’s check what raw material should you prepare.

1. Pour all the ingredients into the mixing bowl and mix until the basic extension is behind.

2. Relax Danish dough in a spheronization chamber for 15 minutes, then put it in the freezer.

4. Wrap the frozen dough with fat.

8. Roll from back to front, roll to the middle, roll up loosely to prevent gluten from breaking during baking.

Danish dough and shortening, why do you fold it after cooling?

Danish bread has two characteristics of pastry pie and bread, with a crispy crust and a soft texture that pie does not have. After baking, a layer of pastry pie is formed. These characteristics of bread making come from the harder yeast dough and shortening folded into it. The dough and shortening are folded in layers, and the dough wraps the fat in it.

When baking Danish bread, why the bread does not swell and has no layered texture?

This is a common problem in all folded dough. Because the folding conditions are not good enough to form a beautiful layer. In particular, when the hardness of the dough is different from that of the fat folded into it, the fat layer in the dough is uneven, some sticks to the dough, or some parts of the fat are abnormally large, and the balance bar between the dough and the fat is damaged, and it cannot form beautiful Levels.